Quite a bit of Tel Aviv came to a temporary standstill on Friday 24th February, when around 40,000 runners – not just from Israel but across the globe – took part in the country’s largest annual sporting event.  The Tel Aviv Samsung marathon kicked off at 7am, in optimum weather conditions (not ridiculously hot, but not cold and rainy either) – the route taking participants all around the city, through its parks, beaches and city center too.  Here’s the advertisement… 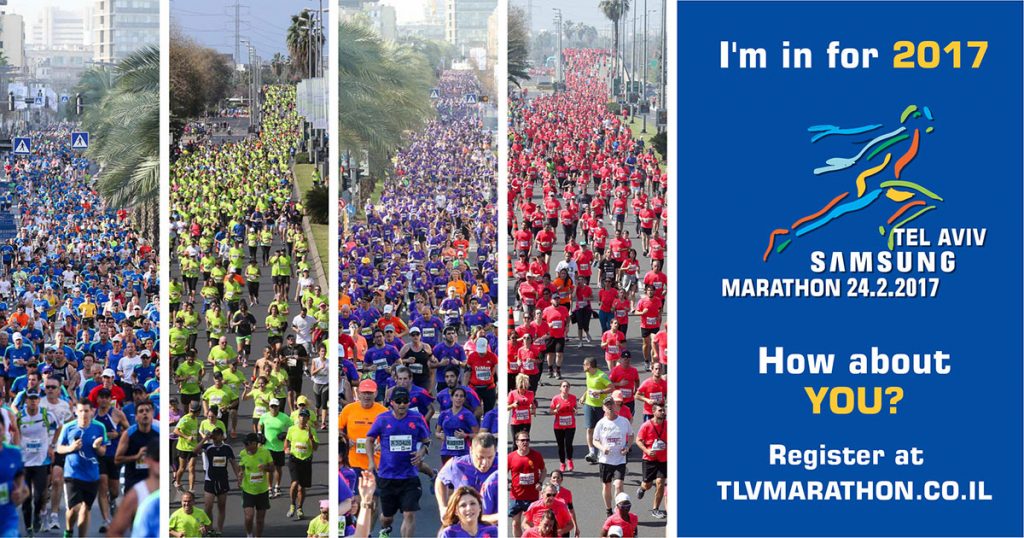 The day’s events included not only a 26 mile (42 kilometre) run, but also a half-marathon, shorter runs and a cycling event.  An estimated 150,000 crowd turned out along the route to cheer on the runners too…as well as dozens of paramedics spread out along the route (luckily, not too many of them were needed).  Here’s a nice Youtube video explaining more…

The day’s events included not only a 26 mile (42 kilometre) run, but also a half-marathon, shorter runs and a cycling event.  An estimated 150,000 crowd turned out along the route to cheer on the runners too…as well as dozens of paramedics spread out along the route (luckily, not too many of them were needed).

This year, first prize went to Gezu Balat Mekonnen, an Ethopian, who crossed the finish line in only 2 hours and 12 minutes.  He wasn’t as fast, however, as the previous year’s winner – Kenya’s William Kiprono Yagon broke through the tape in an astonishing 2 hours 10 minutes.  However, the prize of $40,000 set aside by the Tel Aviv Municipality for anyone completing the marathon in under 2:07:59 is still up for grabs – the authority says it will be offered again next year.

In a city as health-conscious and fun-loving as Tel Aviv, it’s no surprise that the annual marathon is a big deal.  And a particularly fun fact about the race is that each year the t-shirt colour of the race changes.  This means that if you walk around over the course of a few days, and spy people running in the parks, or along the beach boardwalks, it’s possible to work out in which year they participated.

Israelis love their marathons – in fact, they love all kinds of outdoor sports.  Year round, you can see them sailing, rock climbing, skiing, diving and – of course – cycling.  With its varied terrain, there are so many different paths to bike on – from the flat streets of Tel Aviv to the hills of Jerusalem, and from the lush Galilee to the barren Negev and Arava deserts.

Gordon Active offers a wide range of tours, at all price ranges, for families, groups and sports fanatics.  Take a look here….

With our years of experience in tourism, we’ve teamed up with Amir and Asaf Rockman – they’re dedicated cyclists and, between them, have a wealth of biking expertise.  Between them, they’ll make sure you get the best-possible gear for your trip, niche guides and accommodation to suit your individual needs. 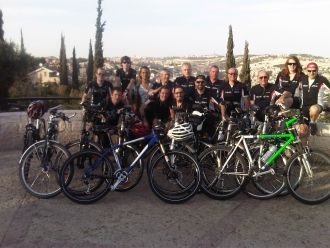 So get yourself in shape, hunt out your sporting gear and book yourself a ticket to Israel. 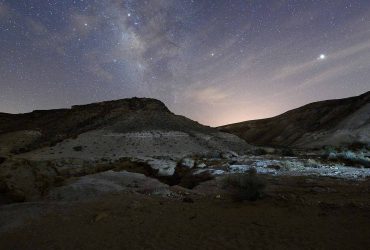 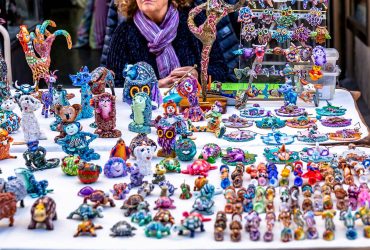 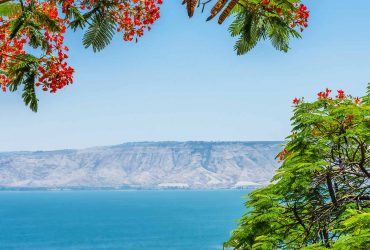