On May 14th 2105, the Huffington Post wrote an article, amusingly entitled:
“New York and Ibiza had a beautiful sexy baby – and they called it Tel Aviv…”

And if the Mediterranean “City that Never Sleeps” didn’t already have a reputation for its 24/7 nightlife, trendy restaurants, boutique hotels kilometres of golden sandy beaches) that article made sure of it.  In the last couple of years, tourism in Tel Aviv has been booming…particularly between April and November, when there’s barely a drop of rain and the beaches come into their own.

But what about year-round tourism?  Israel’s Ministry of Tourism doesn’t want the country forgotten between December and March – that is the ‘winter’ (often quite mild on the coast) and ‘shoulder’ seasons.  Cogs started whirring in their minds (after all, Israelis are renowned for thinking laterally) and the idea of a competition was hit upon.  Not any old competition though… 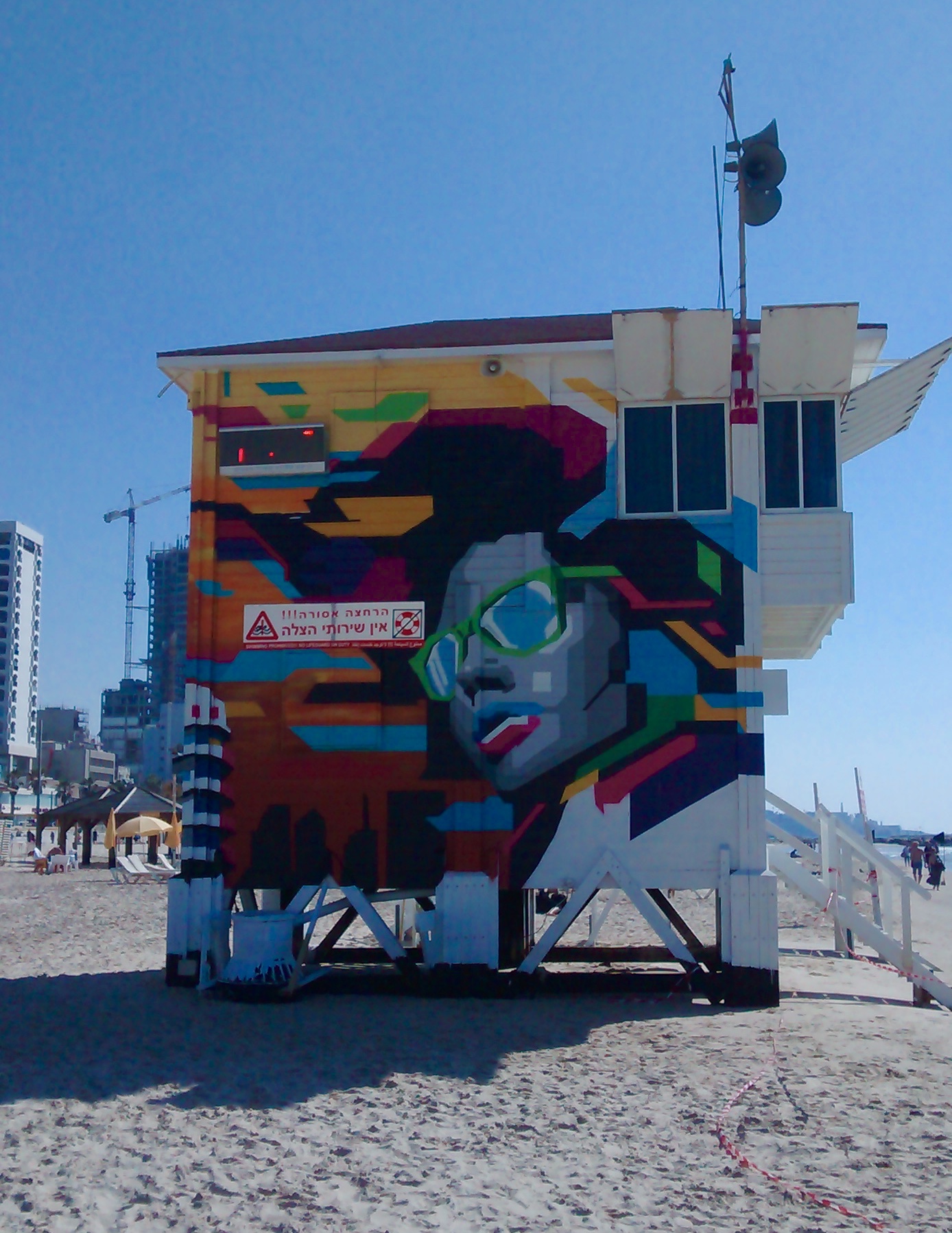 The rules were simple yet quirky.  Anyone in the world who wanted to take part simply had to dress themselves in beach attire that they’d like to wear on a Tel Aviv beach, and take a picture of themselves in their own city.  The picture had to include them holding up a sign with the hashtag #Takeme2telaviv and be uploaded to Instagram.   The prize for fifteen lucky winners?  Free flights to Israel, two nights in a Brown Collection hotel and one night in a boutique pad with a twist – a ‘luxury’ pop-up lifeguard’s hut with a view of the Mediterranean. 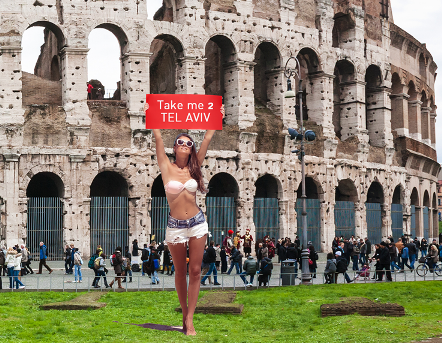 The government and Tel Aviv municipality pulled out all the stops, engaging interior designer Aline Langlieb (responsible for the fabulous retro fittings at Brown Hotel) and graffiti artist Rafael Edger to get to work.  After all, this would be the first pop-up hotel of its kind in the world, so it had to be special.  And how it was…soon the hut had been entirely transformed into a luxury suite – not unlike something you’d experience in a five-star hotel. 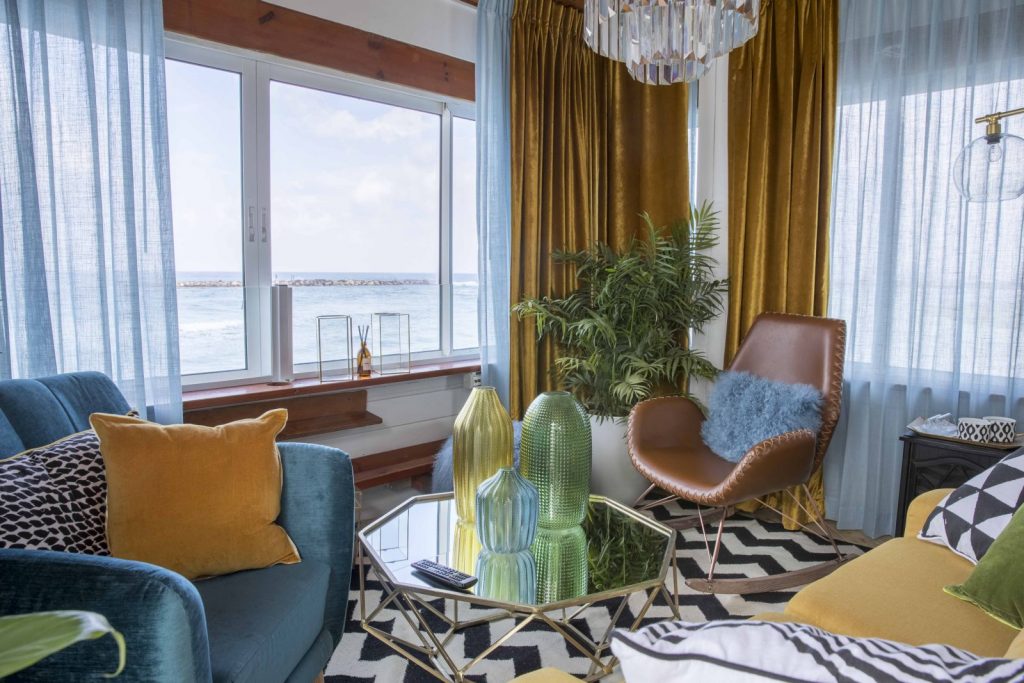 The ‘hut’ consists of a lounge space – stylishly designed, with velvet furnishings (accessorised with comfy cushions!), a glass chandelier and coffee table, and the services of a personal butler.  The ‘bedroom’ area comes complete with a freestanding bath tub, luxurious fluffy towels and indulgent body products.  What better spot to gaze out at the very blue Mediterranean sea?  No obstructed views in this pop-up spot. 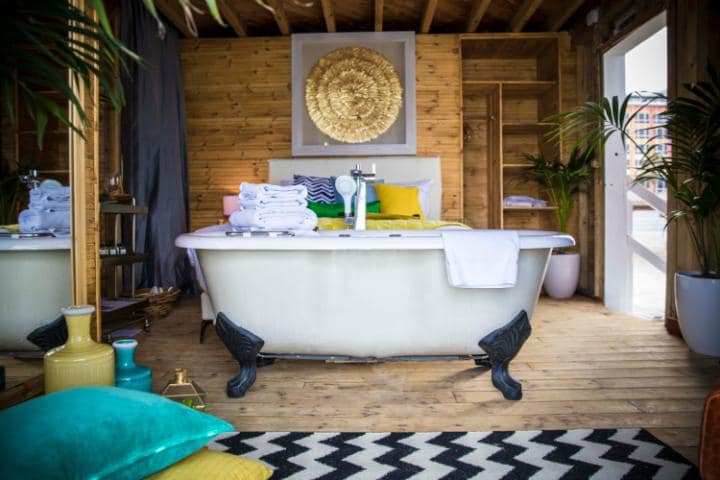 The ‘lifeguard hut turned hotel’ was officially opened last week by Tel Aviv Mayor Ron Huldai, and its first guests were German bloggers Izabella Meczykowska and Sandra Lechner, representing the website ‘ Beach Inspectors.’  After them, come fourteen more pairs, before the entire structure is dismantled at the end of this month.

But the creation has certainly done what it set out to do i.e. put Tel Aviv on the map.  The campaign has already had 300 million views  on social media, and more than a million clicks since it began, not to mention coverage from international press. 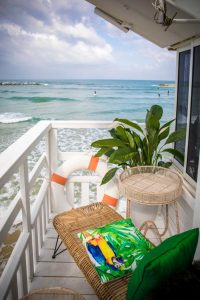 My saddest thought is that the competition’s over, so I’ll never have a chance to win a night there.  However, I needn’t despair entirely, since it’s rumoured that Jerusalem is planning on opening a similar pop-up hotel later in the year – in the Old City.  A room with a view at the Western Wall perhaps?  Watch this space. 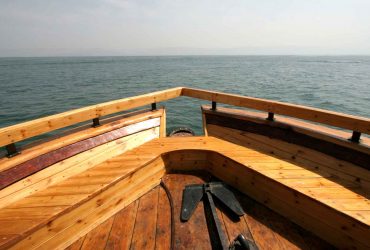 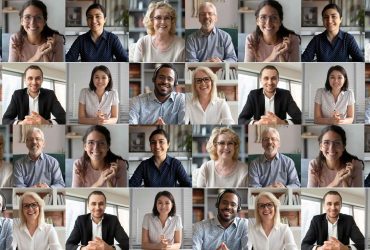 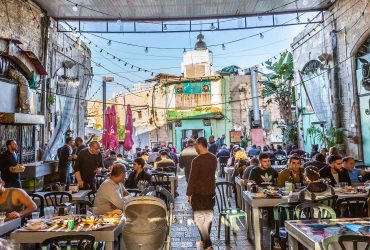 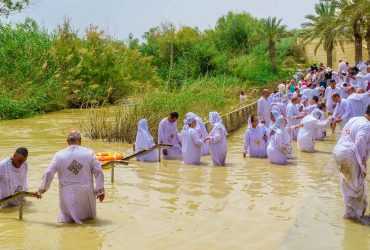 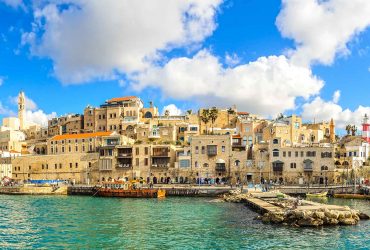 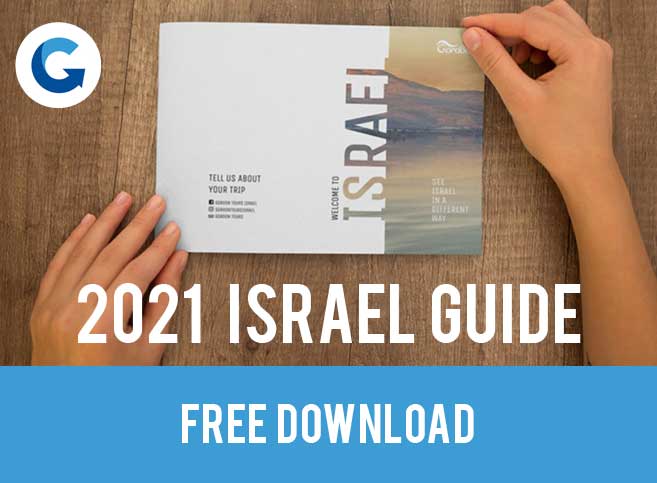